In the matter of Choksi v Shah I was retained by trial counsel following a jury verdict of $800,000.00 as Appellee’s Counsel before the Alabama Supreme Court. The Appellee argued on appeal that the settlement contract between the parties was void as a matter of law and not enforceable. The Supreme Court of Alabama affirmed the verdict of the trial court and thereafter a settlement agreement was reached among the parties and the judgment was satisfied.

In the matter of Lyon Financial Services v Buddy’s Mainland I filed an action for Lyon to domesticate a $113,992.49  Minnesota judgment in Jefferson County Alabama. The trial judge disregarded Alabama Law and stayed enforcement of the judgment pending the outcome of other litigation. I filed a Petition for Mandamus with the Supreme Court of Alabama and the appellate court ruled in Lyon’s favor, ordering the circuit judge to enforce the judgment.  The judgment was thereafter paid and satisfied.

I have considerable experience preparing and filing appellate briefs before the Court of Civil Appeals of Alabama and the Alabama Supreme Court both as counsel for Appellee and Appellant. A number of cases I have taken up on appeal have published opinions. I have had the good fortune of prevailing in each of the past ten appellate matters I filed. 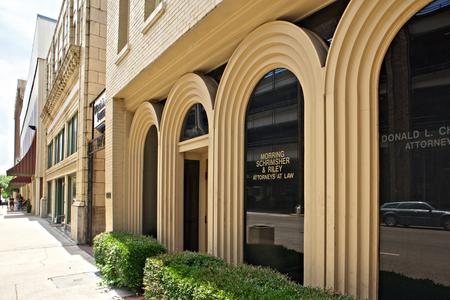